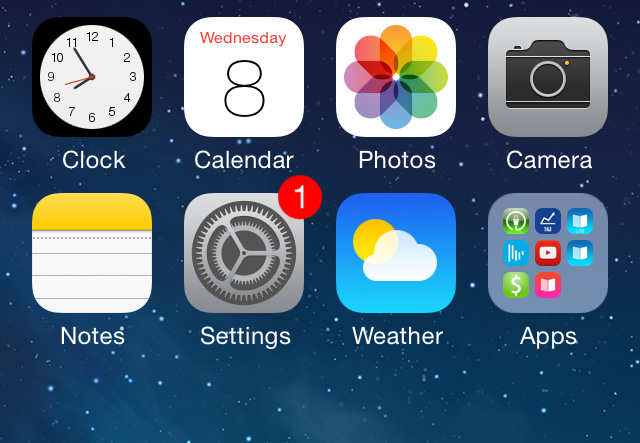 Apple has just released iOS 7.1 beta 4 for app developers worldwide. Available either via the Settings app or the iOS Dev Center, it introduces a small number of changes, such as the slide to unlock text which now shows a silvery effect.

Slide to unlock and slide to power off text now has a silvery moving effect:

The UK iPad now has an additional male gender option

A compatibility behavior has been added to address an issue where some web servers would send the wrong Content-Length value for “Content-Encoding: gzip” content. Previously, NSURLConnection and NSURLSession would send a “network connection was lost” / NSURLErrorNetworkConnectionLost (-1005) error in this situation.

Messages no longer indicates a send failure immediately after sending.

A property, minimal-ui, has been added for the viewport meta tag key that allows minimizing the top and bottom bars on the iPhone as the page loads. While on a page using minimal-ui, tapping the top bar brings the bars back. Tapping back in the content dismisses them again.

Workaround: Avoid making changes in UITextField or UILabel after adding baseline-alignment constraints. If you must make changes, you should remove the constraints and then reapply them afterward. Note that this is a performance hit, so don’t do it unless it is necessary.

Workaround: Set the backIndicatorTransitionMaskImage in code.