Apple has leaked the app icons for the redesigned iPhoto and GarageBand apps, which are expected to be revealed and launched later this month. Accessed by going to Settings > iCloud > Storage & Backup > Manage Storage, the new icons have a flatter, more vibrant appearance that’s in keeping with the rest of iOS 7. Please note that these icons will only appear if you already have the apps installed on your device.

Since the release of iOS 7 in September, a number of existing Apple apps have yet to be updated to take advantage of iOS 7s new features and appearance. These apps include:

We’re expecting to see updates to all of these apps later this month after the iPad event at the Yerba Buena Center for the Arts in San Francisco, California. In the meantime, here’s a comparison between the new and old icons: 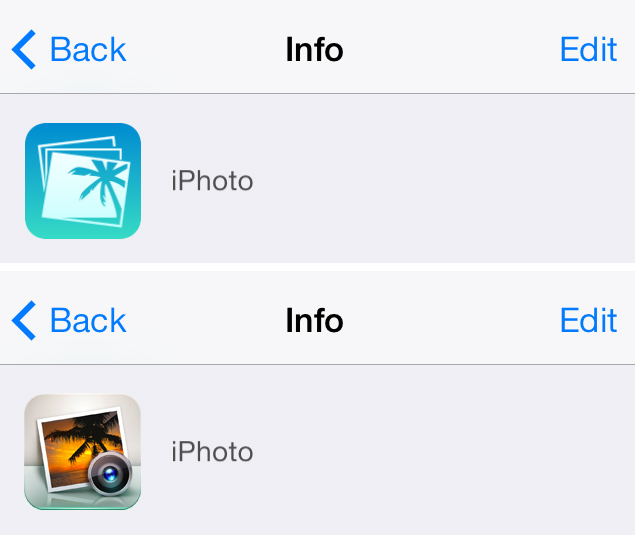 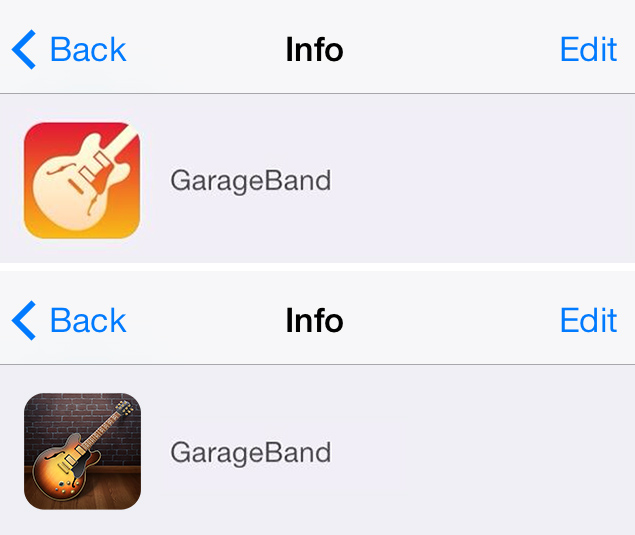