iOS 8 is packed with new features, but some of them you won’t have heard about yet.

We’ve scoured the latest version of iOS to discover those little details that others haven’t spotted. There aren’t many – most have been covered by other sites – but these small details are nonetheless handy and useful: 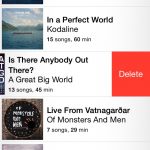 You can now delete entire albums

You can now delete entire music albums from the Music app – just swipe right-to-left across the album to delete it. 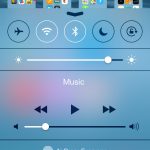 When you drag the brightness button left or right, it now glows white instead of staying black. The background also glows to indicate the change in brightness. 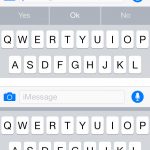 You can hide the predictive keyboard 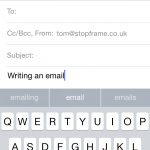 You can also hide draft emails on iPhone

Apple only showed this feature running on an iPad during the WWDC conference, but it turns out you can also hide draft emails on the iPhone by swiping them downwards. This is a really useful feature for when you need to reference another email or copy and paste content from one message to another.

The share panel gets busier with each iOS update and iteration. Now, with iOS 8 you can rearrange the icons by tapping, holding, then dragging the icon to its new placement.

Here’s some of the other things that Apple mentioned at WWDC but didn’t show: