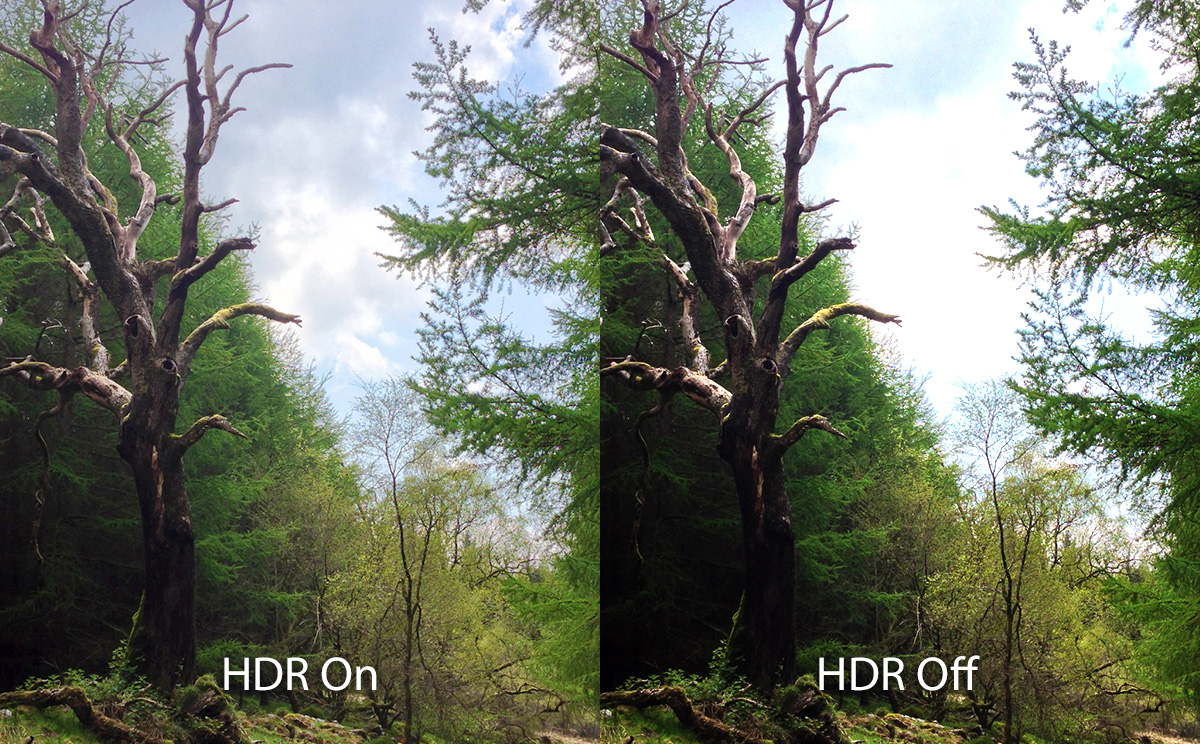 To help take level photos, open the Settings app, tap Photos & Camera then toggle the Grid switch on. These will overlay a 2×3 grid to help you line up the horizon or vertical objects. 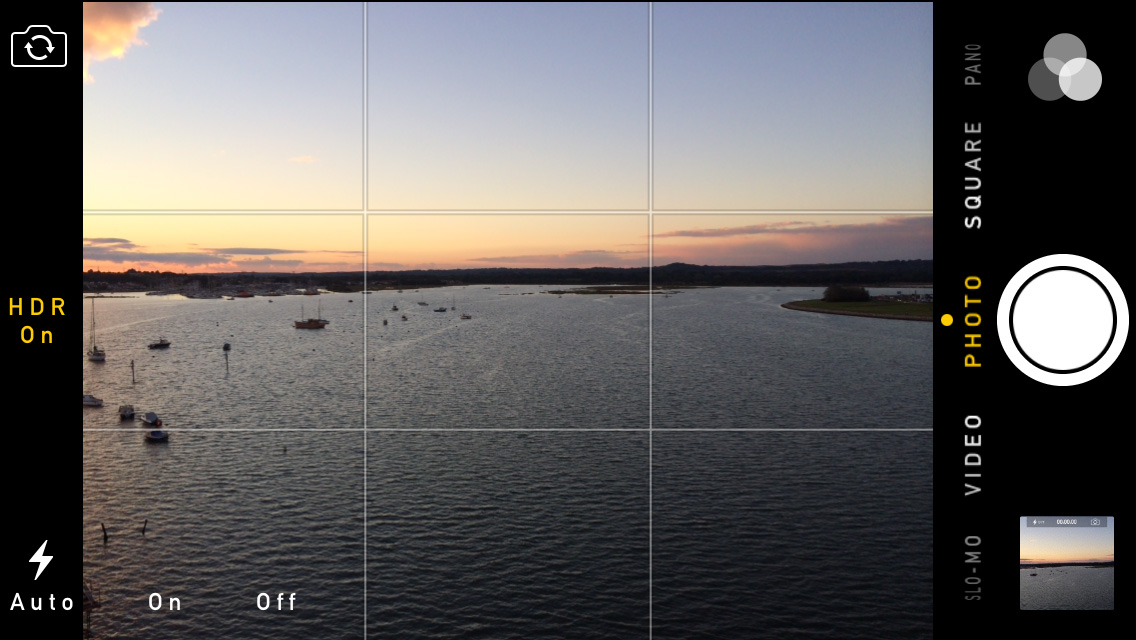 By following the rule of thirds it’s easy to snap captivating images. Enable the camera grid (see above) and the preview window will be broken into nine sections. Points of interest (such as a face or flower) should be located on any intersecting lines, horizons should be located along a horizontal grid line and vertical objects should be placed over a vertical line. 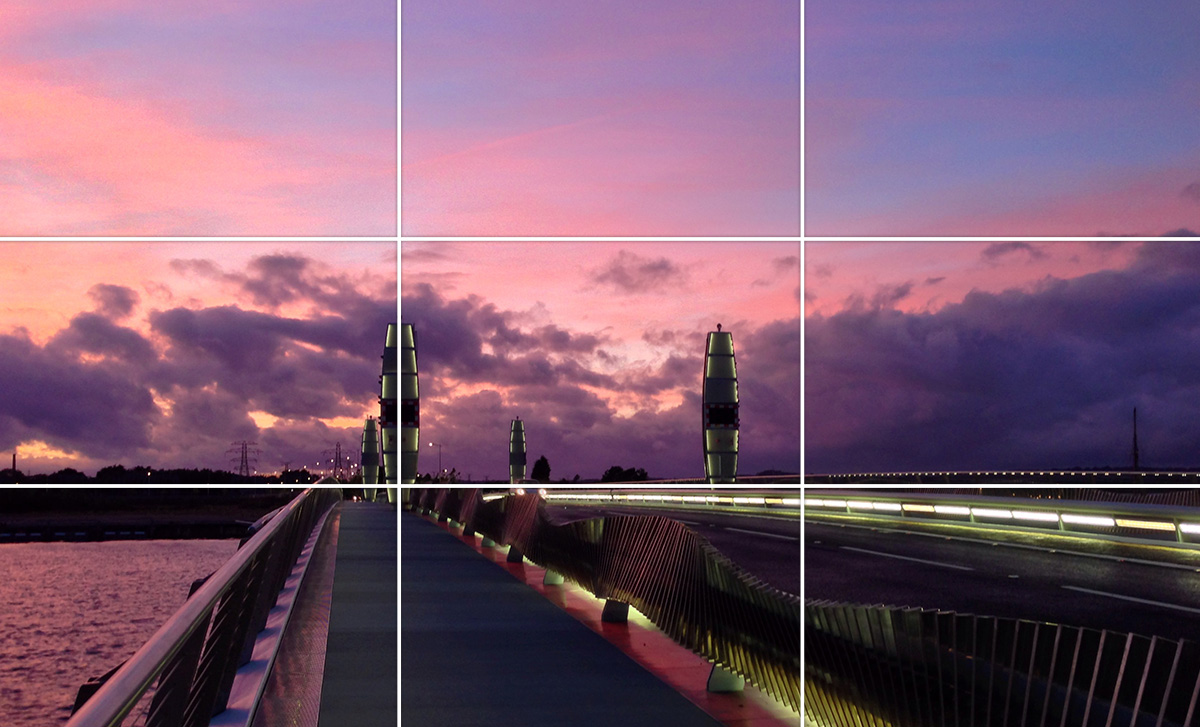 When taking a photo of someone, the most natural thing to do is locate the subjects face in the middle of the image. Try to avoid this, as it contradicts the rule of thirds. It also produces a rather boring photo. Instead, locate the subject to the side, ideally one third from the edge of the screen, as this will produce a more harmonious image.

Sounds like mumbo-jumbo at first, but in practice this technique improves photos considerably. The basic rule is to place two interesting objects diagonally from each other, so one in the upper left third of the screen, and the other in the bottom right third. This prevents empty areas from occurring and makes images more visually interesting. 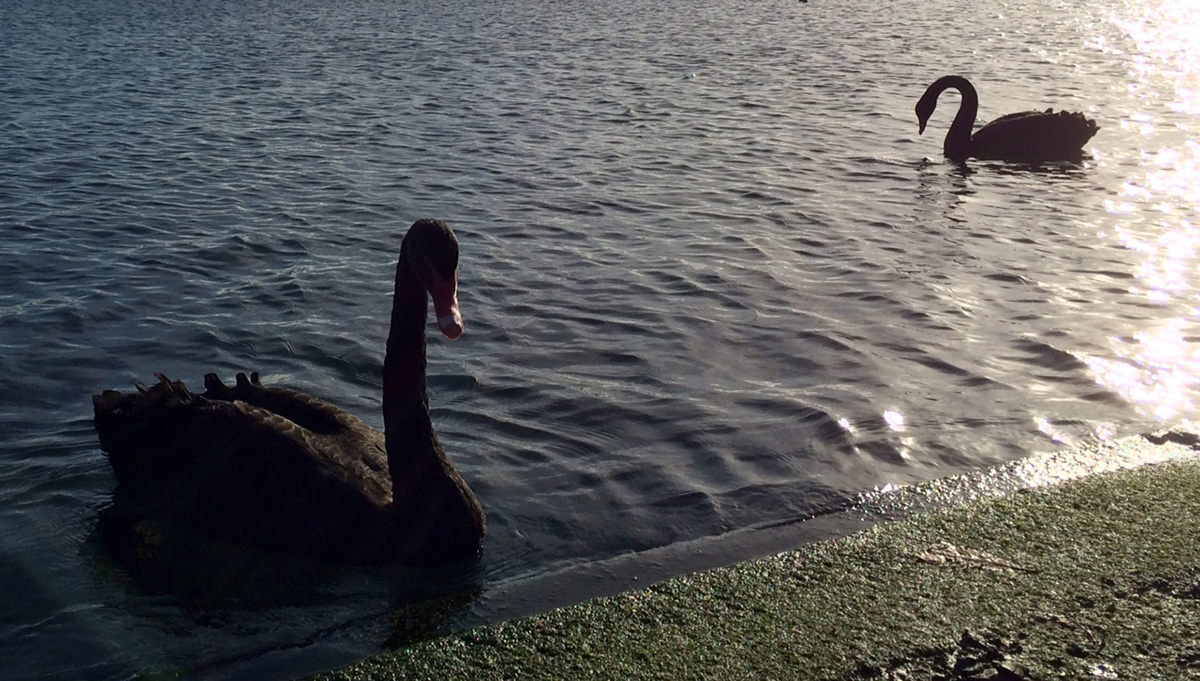 When looking at photos the eye likes to be led through the picture. An easy way to do this is to place a leading line towards a subject, object or horizon. A leading line is usually an object that stretches away from the camera. It might be the edge of a wall, a pathway, a railing or any other object with a long edge. Don’t place a leading line horizontally or vertically, but instead at an angle. 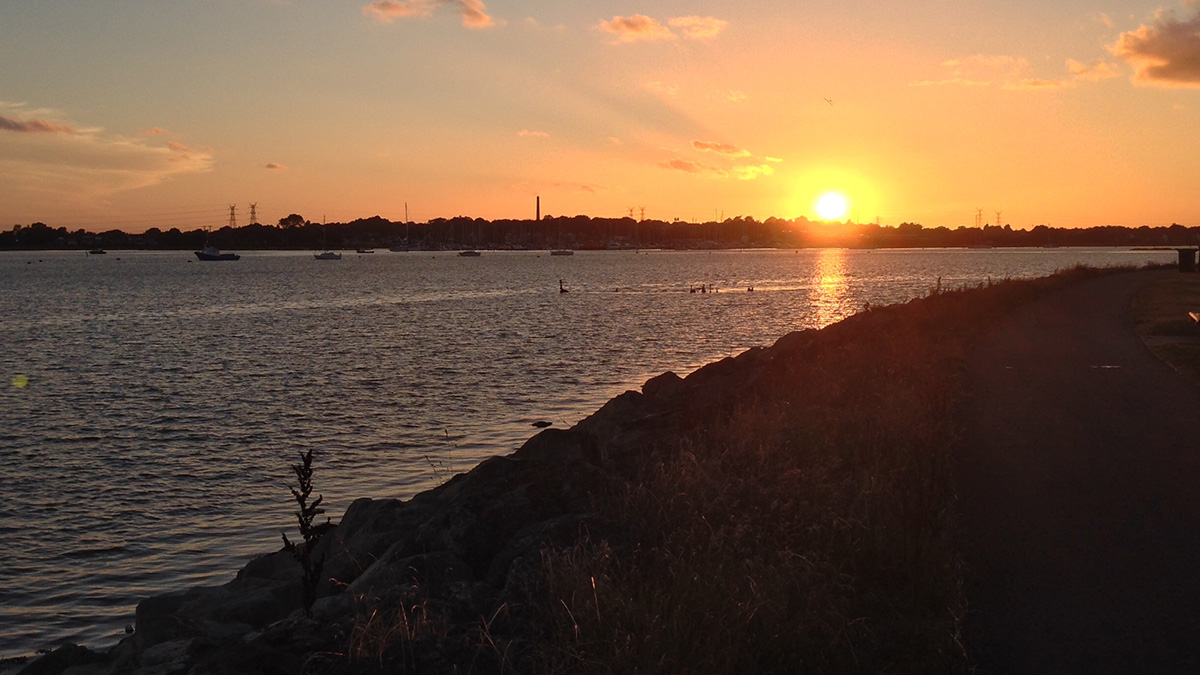 iPhones, iPads and iPod touches all include a digital zoom, which is enabled by pinching on the camera preview window with two fingers. This isn’t a real zoom, but instead a digital zoom that simply enlarges the images. It’s not very good and results in slightly blurry photos. Instead, use your feet and move forward (if safe to do so).

If your photos are coming out a little smudged or steamy (no, not that kind of steamy), then there’s probably a layer of grease or sweat over the lens. This is a symptom of a flat, exposed lens being placed on the back of a mobile device. It seems obvious, but the easiest way to clean it off is to wipe the lens with a sleeve.

HDR photos combine three separate images taken at different exposures, which results in an image that doesn’t suffer from bright spots or dark shadows. Using iOS 7 the camera will instantly analyse an environment and automatically take a HDR photo if it thinks one is needed (for example if you’re shooting towards the sun and a subject is stood in front of it). However, you can force HDR mode to stay on or off by tapping the HDR Auto text on the left side of the screen.

Shoot in a well-lit environment

Both iPhone and iPad struggle under low lighting conditions. Film in a dark environment and you’ll see grain and blur in any footage you shoot. To avoid this, aim to shoot in daylight conditions, or when bright, even lighting is available. Avoid filming towards a light source too, as this produces glare and strong contrast. For a professional touch, you can use portable lighting such as the Coleman QUAD Lantern, which can light an environment for up to 75 hours on 8 “D” batteries.

You can manually focus the camera by simply tapping an area of the screen while filming. This is a great way to draw the viewers eye to a particular part of the screen. You can also force the focus and white balance by tapping and holding your finger on an area. This will prevent the camera from refocusing and adjusting the brightness balance while the camera moves. 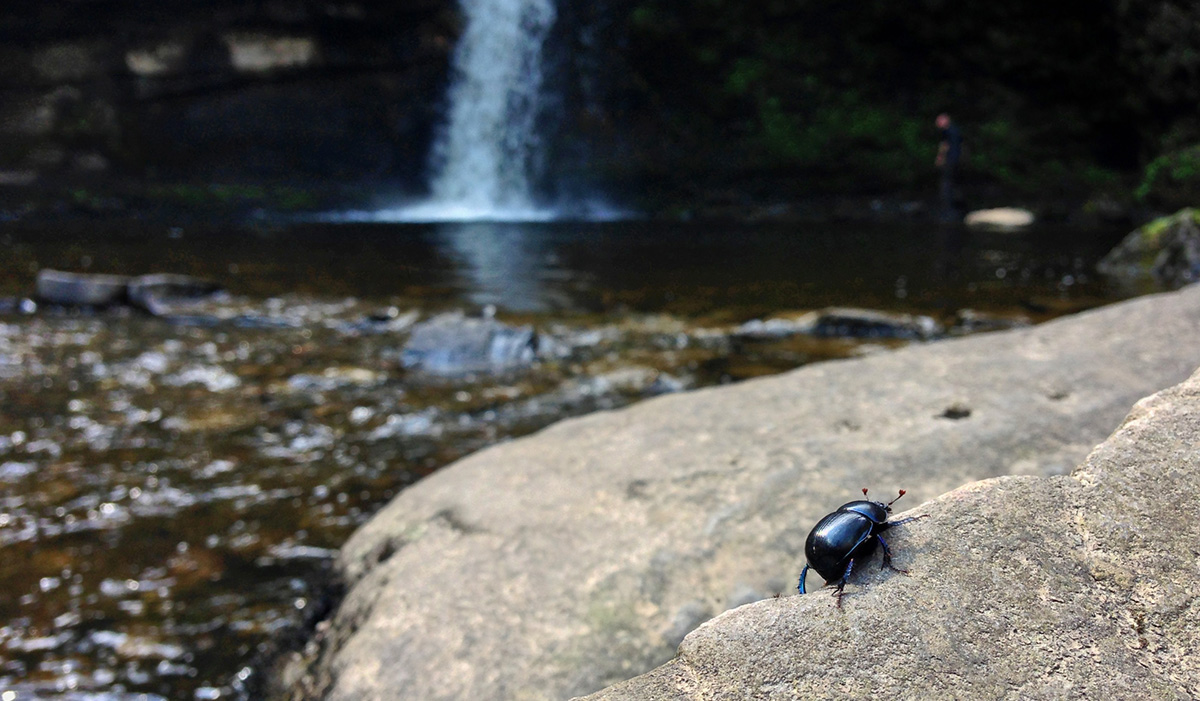