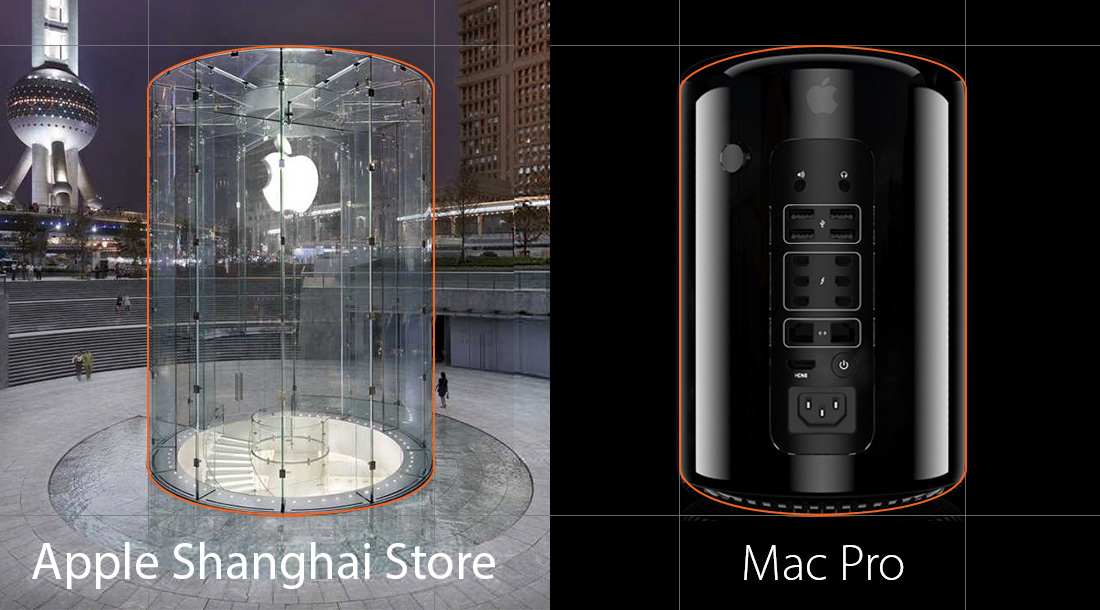 Back in July 2013, it was revealed by Reddit user Abcmsaj that the icon grid used for all iOS 7 apps displayed a remarkable similarity to the shape of the Mac Mini and iPod Shuffle. It appears Apple is up to the same trick once more, borrowing the dimensions of the Apple Shanghai Store entrance for its 2013 Mac Pro.

Discovered by iOS Guides, and compared in the image below, there’s a uncanny resemblance between the two, even down to similar placing of the Apple logo. It’s difficult to get photos with the same angle and perspective, but both Apple-released promo shots compared here, appear to share the exact same dimensions:

“The new Mac Pro is our vision for the future of the pro desktop, everything about it has been reimagined and there has never been anything like it,” said Philip Schiller, October 22 2013.

Could we see other Apple products share design cues with Apple Stores? We’ll keep our eyes peeled for any clues.