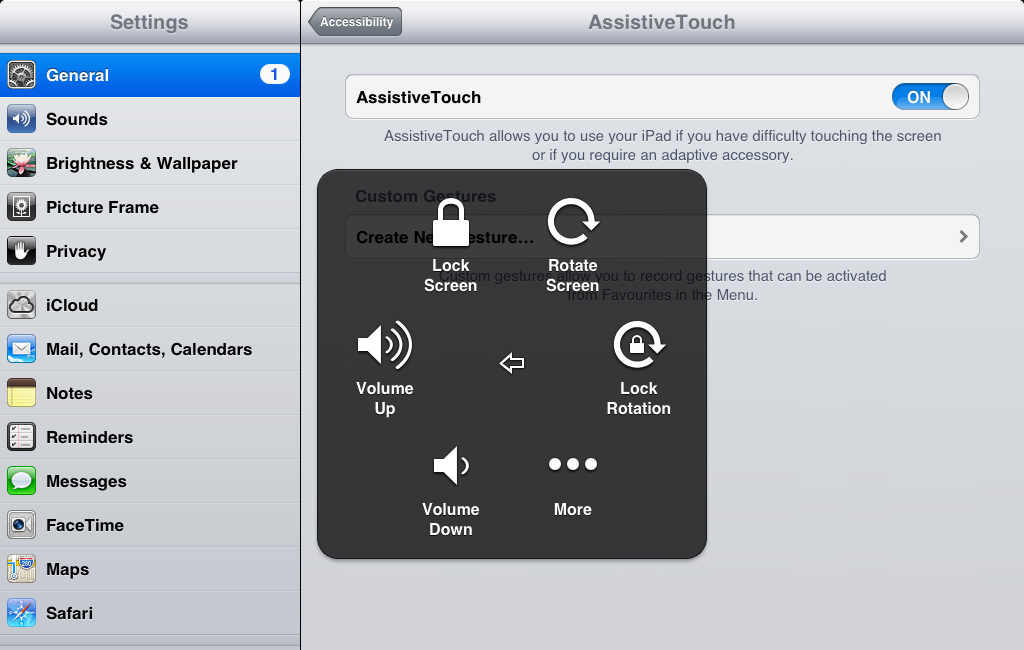 Activate Multi-Touch features and hardware buttons with just one finger…

Assistive Touch is a fantastic feature for those with impaired physical and motor skills. It enables you to activate Multi-Touch features such as pinch-to-zoom with only one finger. That’s not all, it also enables you to trigger hardware features such as the volume and Home buttons, and even rotate the screen or take a screenshot.

It might sound complicated, but this feature is a doddle to use after a little practice. Read on to see how it works..

Enable Assistive Touch by opening the Settings app, tap General, then tap the Accessibility button. Scroll down and you’ll see a button called AssistiveTouch. Tap it, then toggle the button at the top of the screen.

You’ll see a small square button appear on the left side of the screen. By tapping this you can access a window of buttons. Tap on it and you’ll see buttons for activating Siri, functions on your device, the Home button and your favourite gestures. 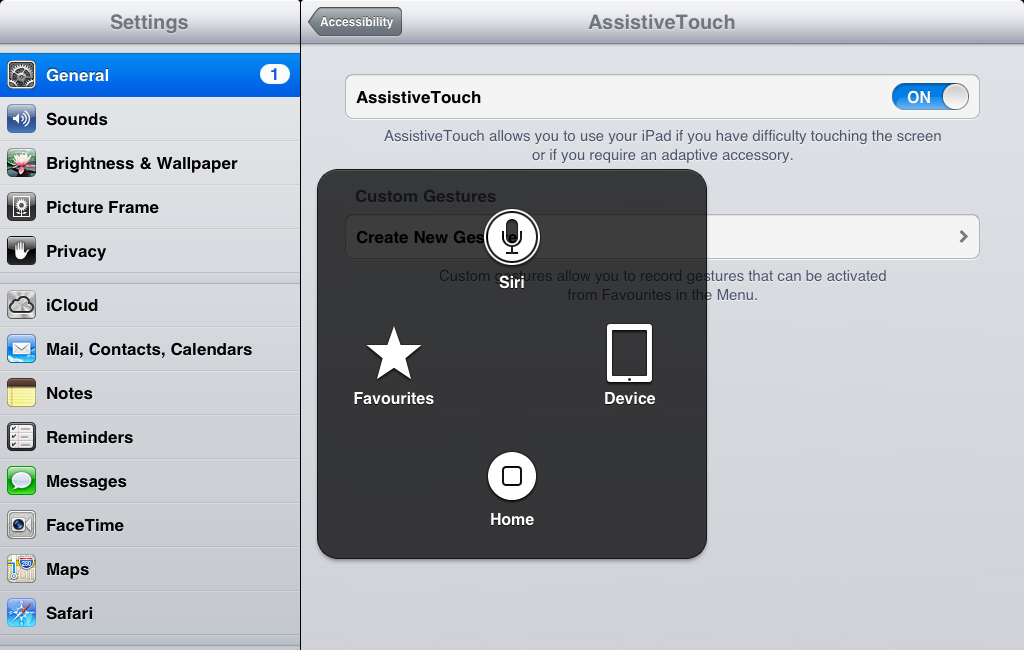 Tap the back button to close the shortcuts window. Let’s now create a gesture. Tap the Create New Gesture button, then in the light grey window that appears, use two fingers to mimic zooming out of an image (see screenshot above). Once you’ve done, tap the Stop button, then tap the Save button at the top of the screen. 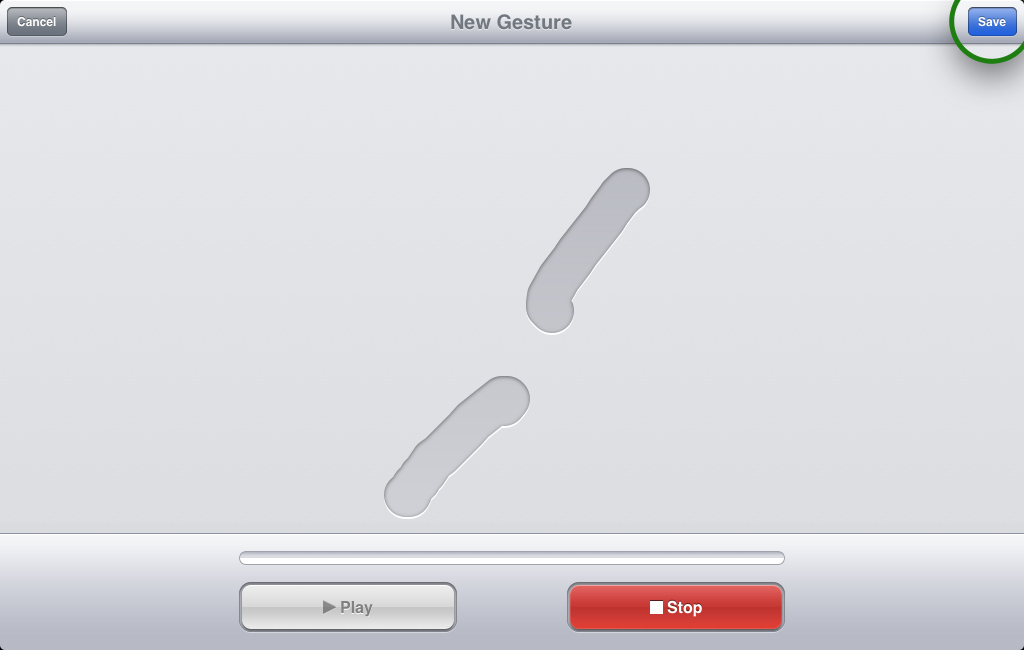 Give the gesture a name, in this example we’ve used “Pinch Out”. Then tap the Save button. You’ll now see your new gesture saved in the Custom Gestures panel. It’s also available in the Favourites section of the shortcuts window.

To use a gesture such as pinch-to-zoom, open the shortcuts panel, tap Favourites, then tap the Pinch button. You’ll see two small arrows appear on-screen. Tap on either one of the arrows, then drag it around the screen. This will replicate a Multi-Touch gesture. This is a really great way to zoom into photos, maps or web pages by using only one finger.