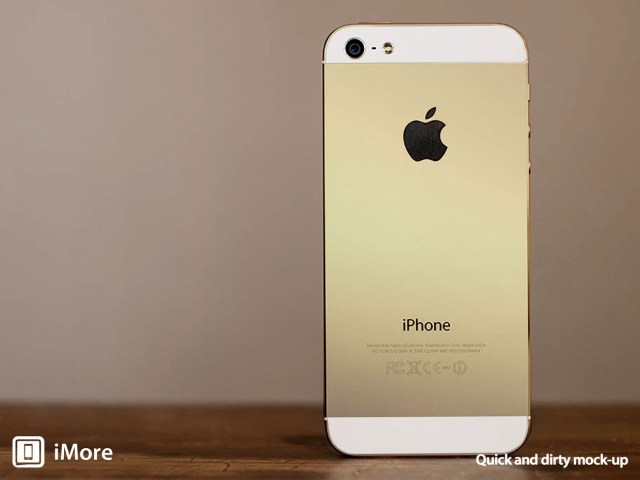 Rumors continue to swirl ahead of the up-coming iPhone announcement expected September 10th. Alongside the much expected iPhone 5S and plastic iPhone 5C, photos have appeared on the web that depict a gold iPhone:

At this point it’s all pure speculation. We’ll find out more in early September.

In the meantime, the French rumor site NowhereElse has posted images that show the back plate for the next full-sized iPad. Long expected to take on the properties of the iPad mini (smaller bevels on the left and right side and a thinner shell), the next generation iPad announcement is likely to take place in October of this year. We’ll keep you updated with anymore updates as they happen.