Open the Photos app on your iOS device and you’ll see a blue button at bottom of the screen called Albums. Tap it and you’ll see separate albums for the Camera Roll, your Photo Stream, Panoramas, Videos and third-party apps (if installed). Albums are a helpful way of organizing photos and separating content, so it’s a good idea to add your own if you have a lot of images and want to categorize or present them within groups.

To add an additional album, just tap the blue plus icon at the top of the screen. A pop-up window will appear asking for an album title. Enter one using the on-screen keyboard, then tap the Save button. 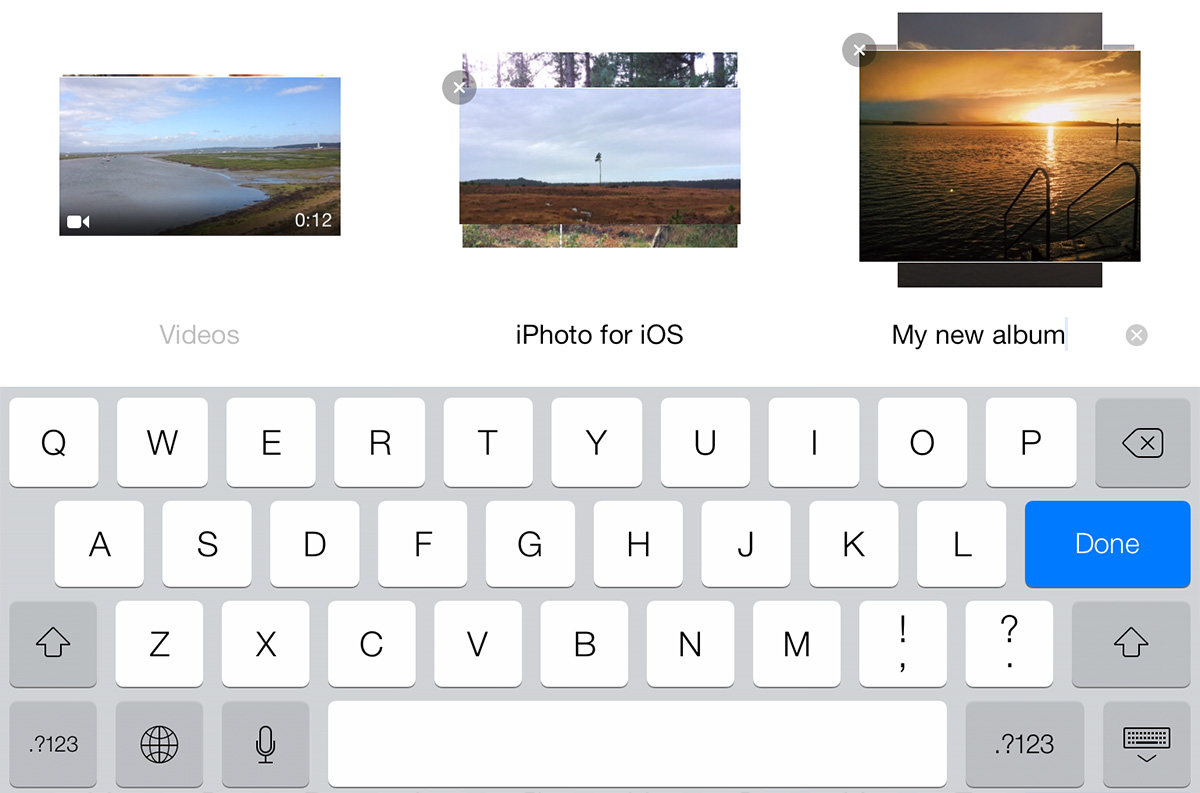 Next we need to add some images to the new album. You’ll see a window automatically appear that contains all the available images on your device. Tap on as many images as you’d like, then tap the Done button at the top of the screen. These images will now be added to your new album.