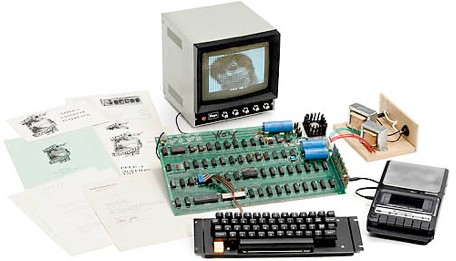 An original Apple 1 has sold at auction in Germany for a staggering £423,561.

Originally built in 1976, the Apple 1 was hand built by Steve Wozniak, and sold for £423,561. Two hundred units were originally produced, making it an incredibly rare and valuable token of Apples earliest history.

This particular model was in working condition and signed by Wozniak. Its original owner was Fred Hatfield, a major league baseball player between 1950 and 1958. He wrote to Steve Jobs shortly after purchasing the unit that it didn’t have enough software. Apple offered to swap the unit for an Apple II and reimburse $400 as a further incentive.

The buyer at auction us reported to be a wealthy entrepreneur from the Far East, who wishes to remain anonymous. The NYT has more on the story here.